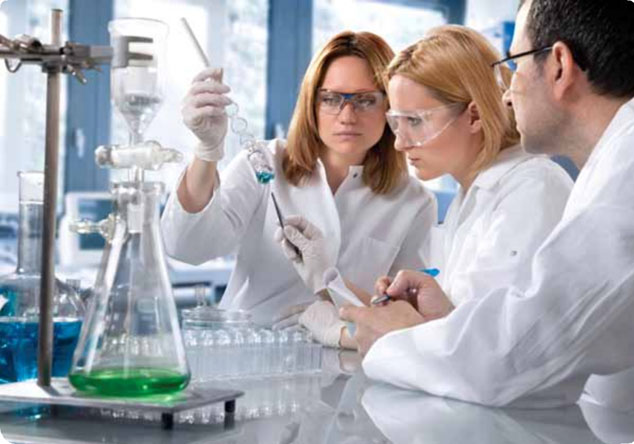 A recent ad from Dr. Al Sears exemplifies good health copywriting. It represents a template for hard copy ads and landing pages. However, although it can be a model for nutraceutical marketing, a few changes would make it even better.

For reference, you can see the original ad via the link at the end of this post.

Dr. Sears has named his product “Ultra Accel II.” It provides a well-known supplement called PQQ (pyrroloquinoline quinone). The task for this ad is typical for nutraceuticals – i.e., to market a non-unique ingredient against a sea of competition.

Here are the highlights of what Dr. Sears’ health copywriting team has come up with. As you will see, different parts of the ad hit the nail on the head, while others could use some shoring up.

At First Glance – the Main Headline

The main headline is the eye-catcher. Its purpose is the same for all headlines – to get the reader to keep reading.

Generally the best headlines entice the reader by conveying, 1) Urgency; 2) Usefulness; 3) Uniqueness; and, 4) Ultra-specificity. (The “4 U’s”)

Regarding the 4 U’s, I’d give this headline a 1.5 out of 4. It relies mostly on Usefulness, with a dash of Urgency. Dr. Sears is counting on these being sufficient, since the headline eschews Uniqueness and Ultra-specificity.

That’s fine for starters, since it is like most nutraceutical ads.

In addition, the main emotion that the headline invokes is curiosity. That should be good enough to keep the reader on the page.

Right under the main headline is:

“Use this pill to supercharge your brain and think better than ever.”

It hits both usefulness and curiosity again.

A bit of urgency finally appears in the lead-in to the first paragraph, with “BREAKING NEWS” in all caps.

At this point, the reader is primed to find out why CoQ10 fails. The first sentence should immediately address the issue. Unfortunately, the reader has to wait until the third paragraph to find,

“As powerful as CoQ10 is, there is a critical thing it fails to do. It can’t create new mitochondria in your cells.”

That would be a better lead-in for the first paragraph. The first two paragraphs instead explain what mitochondria are and why they are important. As is, the ad delays the promise of the headline and subhead.

Research on typical reading patterns reveals that people skip around, looking at attention-getters such as headlines, subheadings, bolded text, etc. In other words, they do a quick look-see before deciding to actually read the text of the ad.

The bolded headings that are intended to keep the reader on the page are:

As a group, these bolded headings continue to invoke curiosity. That is the main theme of this particular ad.

Curiosity is a powerful emotion that copywriters rely on in many niches, not just for health copywriting.

None of the bolded subheads alone would keep me on the page. All together, though, they create sufficient interest for readers to at least skip to the offer that appears after the final subhead (“Where to find Ultra Accel II”).

The public is at the mercy of science. Citing scientific research is always a good, probably necessary, component of nutraceutical marketing.

The Ultra Accel II product grapples with this issue in interesting ways. Knocking CoQ10 to make PQQ look better is just the beginning.

The ad gets to the crux of PQQ’s value – its ability to induce the formation of new mitochondria – more than half-way down the first column.

Explaining why this is important for health is the key for marketing PQQ. However, focusing on mitochondria creates a technical issue that many ads are now addressing. I think Dr. Sears’ ad does a pretty good job of it for the lay public.

As a scientist, I’d like to see this aspect of the ad ramped up. After all, poor mitochondrial function is probably the root cause of all modern disease.

The first subheading (“Use this pill to supercharge your brain and think better than ever”) heads in that direction for Baby Boomers who are concerned about their mental health. This is an excellent target audience for many reasons, so expanding on just this topic alone would juice up the ad for them.

One of the clunky aspects of the ad, in my opinion, refers to PQQ as a “little-known NASA ingredient.” It is nothing of the kind. Although PQQ has been found in stardust, calling it a “NASA ingredient’ is a bit of a stretch.

Another comment calls PQQ a “newly discovered natural compound.” However, it was discovered nearly 40 years ago. Not new at all.

Use of Cialdini’s Principles of Marketing

Robert Cialdiini’s book, Influence: The Psychology of Persuasion, is a handbook for copywriters in all niches. Ads that invoke as many of his principles as possible are the gold standard of copywriting.

A quick look-see at Dr. Sears’ ad reveals that some of Cialdini’s 6 principles of persuasion (i.e., Reciprocity, Consistency, Social Proof, Authority, Liking, Scarcity) have been used.

The main principles in the ad are Social Proof (testimonials), Authority (Dr. Sears himself), and Scarcity (citing high demand and difficulty keeping the product in stock). These are easy targets, and the ad does well by them. “Liking” also appears to be a thread due to the nice, conversational style of the text.

As good as the testimonials are for Social Proof, they can be bolstered by a celebrity comment or two. Celebrity endorsements are very powerful aspects of this principle. (They are easy to get, too. Celebrities-for-hire are widely available.)

As good as this example ad is, two of the most powerful emotions for health copywriting are nowhere to be seen: fear and hope.

People are worried about their health. Fear about it has driven supplement marketing for more than a century. Coupling it with solutions – hope – is pretty standard fare for nutraceuticals.

Adding a few rounds of alternating fear with hope would take this ad up several notches.

The “100% money-back guarantee” is de rigueur for all marketing. Such guarantees are a basic requirement of advertising, so they no longer get anybody excited.

What is more important is the “special” deal that comes with ordering from the hotline. In this case, it is simply, “…and those who call in the first 24 hours qualify for a significant discount.”

This statement might, once again, creates curiosity. Callers have to call in to find out what “significant discount” means. Scarcity (“in the first 24 hours”) is meant to up the actionability for making the call.

Why This Ad is Successful

Although the ad itself is excellent overall, just reading through it doesn’t tell us about Dr. Sears’ high expectations for his ROI.

Without exact numbers, I can tell that such expectations are through the roof. Costs for placing it in newspapers around the U.S. are likely in the range of many tens of thousands of dollars. My local paper alone, for one day’s half-page ad, charges more than $3,000.

Behind the scenes, I know that the publishing company whose copywriters are behind the ad is at the top of the heap for nutraceutical marketing. The company’s history of success is why Dr. Sears hired them.

They will no doubt enjoy success with this ad, too.

This link provides a copy of the ad for your convenience.